Create an Account - Increase your productivity, customize your experience, and engage in information you care about.

Chief Chris Velasquez began his career with the Lake Wales Police Department in 1992 as a Reserve Police Officer upon graduating the Police Academy at South Florida Community College.

Chief Velasquez has worked in or supervised every facet of the department, serving the majority of his career in Special and Criminal Investigations. He advanced through the ranks and was appointed Deputy Chief of Police in 2005. In February 2011 he was appointed Interim Chief of Police then on May 2, 2011, Chief of Police. Chief Velasquez has served the citizens of Lake Wales and Polk County for more than 20 years as a professional law enforcement officer and leader. He works hard and expects the same from his officers and staff.

Chief Velasquez has attended over 4000 hours of advanced and specialized training throughout his career. He holds a Bachelor’s of Arts Degree in Criminology from Saint Leo University and a Master’s Degree in Public Administration from Troy State University.  He is also a graduate of the 237th Session of the FBI National Academy in Quantico, Virginia. He is President of the Polk County Police Chief’s Charitable Foundation, Inc. and Past President of the Polk County Police Chief’s Association.  He is married to his to his wife Kimberly and has two sons, Cameron and Austin. His hobbies include hunting, fishing, and spending time with his family. 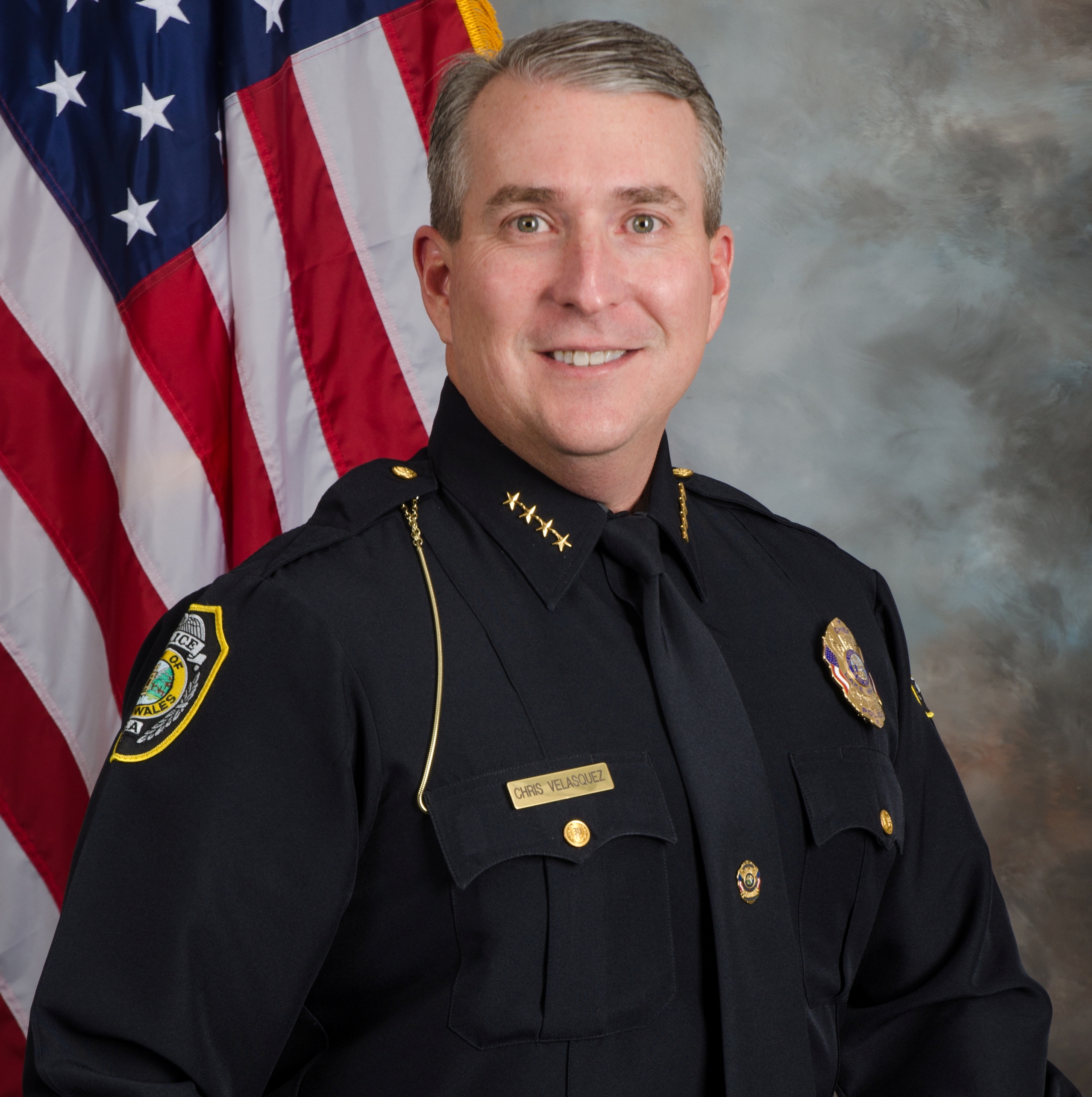